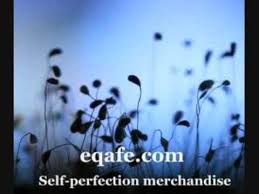 
I forgive myself that I have accepted and allowed to when being confronted within the point of being late, go into fear and thus inferiority, and within this go into competition, which activated the desire to become superior. I then went into the reaction of anger based on seeing her within a point of competition and thus seeing that I had to defeat her. I realize and understand that when I accept this point of competition and thus go into a point of desiring to win or be superior, I will activate the emotion of anger based on the belief that I have to go into battle.

I commit myself to when and as I go into a point of reaction of anger, I need to stop and breath, and thus do not accept myself to follow any more thoughts within polarities playouts, but remain stable and breath. Understanding that I have accessed a point of competition, and thus breathing through this desire to go in and create more conflict.

I forgive myself that I have accepted and allowed myself to react in embarrassment based on this point of being confronted and being seen as doing something bad, and thus react in anger based on blaming the other for this embarrassment that was created when confronted. I realize and see that blame is not taking responsibility for my actions as becoming embarrassed, and thus no solution will be met, but only more conflict and instability within myself.

I commit myself to when and as I go into a point of embarrassment based on reacting to an external stimuli, I stop and breath, and say nothing until I am stable. Allow the point to settle down within, and do not accept myself to follow any points of reactions as these are what cause the conflict and instability within my world.

I forgive myself that I have accepted and allowed myself to connect being embarrassed to being weak based on holding onto memories of being called out in school, and thus seeing myself as weak because I was called out on this by others. Accepting the embarrassment as a point of self enslavement seeing myself as weak and less then when I experienced this emotion come up as it was usually due to being picked on as a kid.

And thus I forgive myself that I have accepted and allowed myself to hold onto that memory of being out casted and picked on within that feeling of being embarrassed and thus immediately access anger towards whoever it is that activated that feeling. I realize and see though that it is just a memory stored within my physical of a point that happened in the past that does not define who I am, and so I am not defined nor have to direct myself based on this feeling of embarrassment.

I forgive myself that I have accepted and allowed blame towards another through the reaction of become angry towards them and thus cause abuse towards them based on me not wanting to face myself and accept the responsibility to stop participating in these emotions and beliefs as embarrassment makes me weak, and thus stop my self diminishment and self sabotage through accepting it and thus stopping particpation.

I forgive myself that I have accepted and allowed myself to see myself as weak and thus link this to being embarrassed and so define myself as this now as if this is who I am, which I realize is not me and does not define who I am.

I commit myself to when and as I am faced with this feeling of embarrassment, let go of all the thoughts through breathing and thus become stable within myself before I do anything. I commit to stop all blame and thus all anger when this feeling come up by preventing it from going there through the breath and my self will to have it stop controlling me by stopping my participation in the thoughts and reactions of emotion through accept it as a point I have to face and thus have the ability then to stop it.