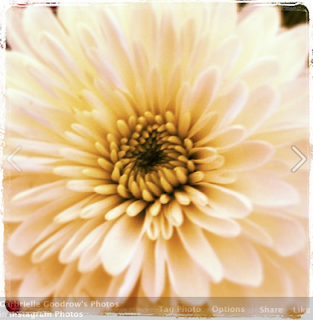 I forgive myself that I have accepted and allowed myself to allow within secret a thought about the girl who was confronting me about being late that ‘she is such a bitch’ using this judgment of her as negative to justify and validate my reactions of anger towards her through becoming aggressive within my thinking and my movements, and seeing her within competition, that I had to now prove her wrong, she is attacking me and causing me to feel bad about myself, so she must be stopped. I realize that this initial back chat thought of ‘she is a bitch’ helped fuel and activate the chain reaction of anger and aggression towards her in my behavior based on accepting myself to become the victim, and thus separating myself from the solution as her, understanding were she is coming from, understanding the reality of what is going on within the facts that are true, and thus coming to a solution within and as myself in taking responsibility for myself and my actions to do what is best for all and treat the other as myself because she is me.

I commit myself to when and as these initial backchat thoughts come of a judgment towards another as a point of competition in seeing it as a personal attack, I stop myself form going into those thoughts in secret by seeing them, not following them through using my breath and breathing through the energy of anger that was activated through the thought. I commit to walk my equality with others by pushing myself and commit to understanding the facts before I speak and make a decision, I stop rushing to judgment within assumption, by stopping these thoughts. I commit myself to stop the thoughts when they come by being physical and breathing through it.

I forgive myself that I have accepted and allowed myself to believe the thought that ‘I am only a few minutes late, it’s not my fault’, implying and thus living this point out of that is the fault of the other who is confronting me, by rushing to judgment and trying to prove her wrong within being late, actually going into a lie to make myself be right even if that means to be dishonest, if it would save my own self from having to face my fear of being in conflict, I would then lie then to get out of it.

So I forgive myself that I have accepted and allowed to lie about not knowing what time it was within myself even when I realize and knew that I was late, I still went and walked the steps to try and prove that she was wrong by checking the clock, and thus had to be proven within reality, the physical, to show me the truth. I realize and see that it doesn’t have to get to the point of the physical having to show me my consequence, but I can be the directive principle of myself and in the moment of being confronted, stop the fear, and thus take responsibility for my actions, and create a solution that will work best for both.

I commit myself to when and as I find myself desiring to lie for the sake of my own self interest, I stop and breath and do not accept myself to go into the point of self compromise and thus live it out in the physical where the physical had to show me what is true. I commit myself to walk the physical as an equal participant in the physical in what is best for all as I realize that is best for me, and so walk and face my consequences in my own self direction, and come to solutions within the conflict situations that occur to thus resolve them and stop the continuation of my abuse within allowing the backchats to direct me.

I forgive myself that I have accepted and allowed myself to from the backchat thoughts allow and accept myself to go into anger and thus go into an attack mode towards the co worker in blaming her for the way I was feeling, and really hiding the fact that I was blaming her for making me face myself and my fear of being confronted and in conflict. I realize and understand that this fear is unnecessary as I realize that it is not a personal attack against me and really it’s just a point or an opportunity for a correction to be made. So I realize that it is to be grateful for this other to give myself the opportunity to face myself and realize that I am in dishonesty, and thus I require correction.

I commit myself to not allow the back chat thoughts to have power over me, and thus stop the point of activation of anger by breathing through all desires to go into them until they have stopped directing me. I commit myself to let go of the fear of conflict and facing people, and thus let go of the fear of being humiliated in a conflict. I stop making it about me and my own insecurities and push myself to accept myself here within how I am and walk a correction process of self understanding and self realization in self honesty, no judgment. I commit to stop judgment of others and myself and walk self acceptance by appreciating others, being grateful for who they are and what they show me of myself, and commit to treat others as my equal focusing on putting myself in the others shoe as it is me. I commit to always bring the point back to myself and stop allowing abuse, and become humble within myself in the appreciation that I am here.