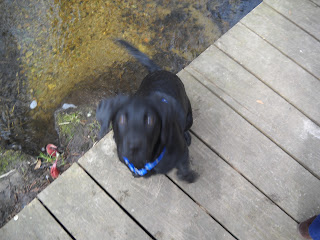 So looking at this thought that came up within my last post of when I was confronted by another within being late for work, and found myself immediately taking it personally with the thought that activated and thus generated the personality of ‘taking things personal’ were I went into a defense mode with anger and attacked her within my physical demeanor, so I am grateful that this occurred and her calling me out as I can now see what I am doing within this personality activation, and so I can then correct it and align it with equality and oneness of all life.

So the thought was that “she is wrong” and within myself I went immediately into anger, and wanted to prove her wrong based on taking her calling me out personally and seeing as if it is an attack on who I am. I physically acted this ‘taking it personally’ personality out in that moment within trying to figure out what the actual time was, so I could prove that she was wrong and use the time as evidence that I am right, I went and looked for the right time, and found I was late. I did not stop the energy accumulation though, because then I went then into a point of attack based on seeing myself being attacked, so in my mind I called her ‘a bitch’ ‘why can’t she just chill out’, making me the victim and her the cause of my reactions. I realize obviously that this whole taking it personally personality is a dishonest action within me based on me not wanting to accept the fact that I created abuse towards her by not taking the time into consideration and being on time, and then going into abuse towards her because I didn’t want to take responsibility for this consequence based on believing that I am better then her.

Within this I see I am basing my actions purely on assumption alone, and thus then using the physical to prove my own personality play outs that come within taking this point personally, that I am right and she is treating me unfailrly, so ‘taking it personally’ personality active and I played out two other personalities as the self victimization personality and the self righteousness personality. So interesting activations happening here, using the thoughts as ‘she is wrong’ and ‘she is a bitch and why can’t she just settle down’, taking the responsibility and consequence I have created off myself and placing it on the other, where I don’t have to do any correction and essentially take the easy way out….many points here as misaligned and unacceptable, so will walk this post in the next blogs to come to correct this and align back to life as the physical as myself.

I forgive myself that I have accepted and allowed myself to when I was called out within being late and thus took it personally accepted and allowed the thoughts that ‘she is wrong’ direct me into a point of superiority and seeing myself as better and more worthy then the person calling me out because of my belief that I am deserving of breaking the rules because I allow others to do this, realizing that this is only a point of self interest and negating the fact that I am not considering the other person at all based on my own self interest of having this go my way and be easy, and this being inconsiderate to the others effected by my actions and not how I would want to be treated. I see, understand, and realize that the ‘taking it personally’ personality is actually only my own self justification and self interest to not have to consider her and come in on time because I want to go at my own speed and do what I want.

I commit myself to when and as I go into a point of thoughts of how another is at fault with the thought ‘she is wrong’, immediately I stop and breath, and remove myself from the situation physically by excusing myself and going to another room, this until I am stable and not moved by thoughts and stable incommunication with others with no reactions as I realize they are not me and thus make it a point to be on time to all my responsibilities.

I forgive myself that I have accepted and allowed myself to see the thoughts as ‘she is wrong’ as a point of justification for myself to be rude and nasty towards her because I allowed this thought to direct me intothinking that I was right, but lying to myself as I realized and knew that I was at fault because I knew that I was late, and thus being dishonest because I wanted to be right and not be in the wrong. I realize and understand that when I allow and accept the justification to be fueled by accepting this thought as real that ‘she is wrong’ without considering all the facts here in the physical and only basing myself on the mind as assumptions, I will be unstable and will not be able to trust myself because I am not being honesty within myself and thus lead to abuse of others as well as compromising my own self integrity.

I commit myself to when and as I allow the justification to activate as the thought of ‘she is wrong’ based only on assumption and fueled by the ‘taking it personally’ personality, I stop and do not go any further into these thoughts and personality activations, breathing myself into a stable point within myself by focusing on my breathing and removing myself from the situation until I am stable and can direct the point in clarity. I also commit to let go of these thoughts when they arise as I realize they are not based in truth, and thus find what is self honest within the moment as the physical time of being late, and face the consequences to thus be able to forgive myself and making the correction.

I forgive myself that I have accepted and allowed myself to go into the thought of ‘she is a bitch’ and go into seeing myself as right when I was rude towards the worker, and thus cause conflict in the relationship because my ego was bruised. I realize and see that when I go into a point of believing myself to be right and accept the thought of name calling based on the fueling of my emotional reaction within me through the ‘taking it personally’ personality, I will be possessed with this point and go into more abuse and conflict with this person because I am in defense mode seeing myself as the victim and her as the attacker, which is I realize based on my own self interest and energy activations as anger and irritation within the living into the personality of seeing it as a personal attack on who I am.

I commit myself to when and as I go into a point of name calling in my mind towards another person because I took something personally that was said to me and allowing the anger and irritation to activate and direct me into abuse towards the other, I breath and stop the thoughts immediately by breathing and focusing my attention on something physical and moving my physical body such as my hands and fingers, to get out of the energy rush that was activated with this personality. I commit to thus walk the self forgiveness on the point and walk the correction to treat the other as myself, and walk as an equal in physical considerations stopping my mind as personalities from directing me.

More to come in the next posts, thanks.