Day 253 – Yelling/Beating Someone Up in My Mind 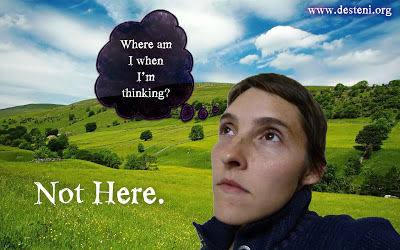 Here looking at how I go into my mind and express my anger towards another when within my living I had perceived that someone has offended me or created a point of disadvantage for me were I desired something for myself or thought of myself, and I believed that another took that image or object away from me. I will then calculate in my head within a quick scan of the other to see where i stand, and will then assess if i am able to win against them or not. If not, then I will go into my mind imagination and win, by yelling, screaming and even at points physically harming them through my thoughts and imaginations. Usually in these instances were I go into my mind and take my anger out it's because I feel to weak to do it in real life, like I will not be able to contend with the other and made to look like a fool or be harmed in some way by them if i dare try and confront them. I have also within myself have accumulated myself as a weak person and incapable in many instances due to taking others words towards me and gestures as personal rejections of me and thus defined myself as someone who is rejectable, or not cool, or not good enough, or just lousy and not worth hanging out with.

I will though, if I find that I am stonger then the other, this at a younger age in my life, would verablly abuse another, exploit others weakness, and say anything to get on top and become the winner. This I found I had to do because I perceived myself as the strong person, and so i had to prove this or I would then be weak and this created much fear within me because then I was less able to survive with others especially my peers and live the life I wanted to live. Weakness was unacceptable with others because as I did to those I perceived as weak, I was afraid others would exploit this weakness in me, and I would be less advantaged then I already felt within myself, which was quite unstable and vulnerable to attack by others because I did it the same. So it was a play-out of competition, winner takes all, and survival of the fittest, this way of life of complete self interest and not caring for the other I am harming caused eventually an absolute misery within me because of the hate and anger that I had accumulated towards myself and towards others, which made for a lonely living and confusion within what life was about as it was not enjoyable most times. I really had no idea who I was, and so I was listening and defining myself form out there, and out there was doing and living the same way as me defining and finding ourselves in what we wear, in how we look, in how others see us, talk to us, accept us, and how we are accepted and see ourselves, all not from reality, but from the billions of thoughts, pictures, beliefs, ideas, and memories that accumulate and collect over the years of living in such a way. In this causing misery because of the stress of living in such a struggle and ruthlessness, and thus always in fear of losing our survival and losing in life. So abuse and anger and suppression and feeling weak and scared was my living for a long period in my life, til I found desteni, and started the process of taking my power back through taking responsibility of myself, my mind, and my behavior and aligning it with equality and oneness of life here in the physical with what is real, nature, animals, and my physical change in my living to honor this.

So this playout is originated from me as a kid feeling invincible because i saw that this is the only way to get what I wanted and have respect from others around me, but this all fell to pieces like me, breaking into pieces when I was made fun of in school by other kids and I eventually accepted myself to be this weak person after a while of this being named called, and within this accepting of this point of me being someone who was weaker then others and less important/less worthy then other human beings I started to live this in my world. I would succumb to fear based on the feelings and emotions that would come up due to this public humilation, being outcasted in front of others, which if this has ever happened to you is quite horrific especially as a kid because of the dynamics that play out on school yards and such and not really knowing who we are and how to interact and communicate with each other.  So I would use my mind to get even and release this emotional built up of anger, fear, and blame somehow that was building in me as this weakened position become who I was as I was holding myself as this weakened way and believing this was who I was now as I defined myself by others and took everything as a personal attack or insult.

I blamed alot of people for this state I was in of misery and feeling weak, many people, those that were being abusive towards me calling me names in front of others kids, and those that did nothing to stick up for me or my so called friends that left me due to the stigma I had around me of now being an outcast, loser type person. I also was really angry at myself for being this way, not being able to stick up for myself because within myself i believed i was flawed, I didn't see myself as perfect compared to what others looked like, so I blamed my physical for the flaws that I precieved i had, and thus abused my physical in thought and never accepted myself within my physical because i only based me on if i could compete with others and within my current status at this point it was not happening.

I then would go into my mind and get even with others, get my revenge out, and so within this yelling, screaming, and beating people up, I accumulated allot of energy, but this was not being released, and was stuck within me, in my mind, accumulating more and more each time I thought about it or interacted within the mind playout, I was not directing it into a solution in the physical, so it was stuck in my head. Eventually to be physically exploding of me on to the other person that trigger this reaction due to something I perceived they did to me that wasn’t good.

I was blaming, taking things personal, and abusing in my mind and eventually the physical in trying to become more to get what i wanted in my life without caring how i got there or who I harmed, and allowing these thoughts, blames, fears, and suppressions to accumlate into massive outbursts of conflict and anger with others in my world that wasn't neessary and could be avoided. This could be avoided if I stopped this pattern of going in my mind and stopped it accumulating to physical consequences through directing the conflict in the moment it happen by taking responsibility of my own actions and behaviors, and coming to solutions through understanding, common sense, and equality with the others.

Will continue in next blogs, thanks.