Stepping Beyond the Corruption - Day 379 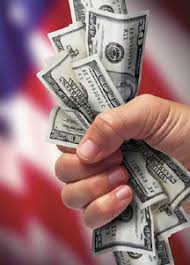 Today I watched the documentary called ‘Four Horseman’ and it was very well made and informative, I recommend watching. A point I would like to discuss within the movie that I thought notable to mention is the belief within this world as the populous that we are powerless, we have no control over the situation that is on this planet, and that we have no ability to change anything. This is where those that desire to have all the power and wealth win due to this acceptance and allowance within us to not govern or take part in the political system, but allow others to walk and direct it as they wish. This way of existing has been designed specifically with things that’ll distract us from  really paying attention to how our money is being made, what our taxes are going to, the specific reasons and clarification on the taxes we are paying, who is benefitting from the money system and why, and what is the intricacies of how the money system in fact operates, and many atrocious points are being created where many many suffer and die due to the results.

We will not learn of these atrocities in school or in universities because of the intricacies that this power that wants all the wealth has invested in the pursuit for power and profit, all avenues where one would gain a knowledgable understanding of what in fact is going on and how in fact our system is being run in the conventional sense of today such as newspapers and media talk heads are being controlled and filtered to only benefit those few in power disregarding what is best for all. One of the more important mediums that we have for those interested and willing to educate themselves outside the main stream is through the vast amount of information on the internet. There is also many books and documentaries out there that can indeed be accessed through the internet that are very informative to this state of affairs. So pushing oneself to learn and research what in fact is going on takes time and a vast amount of resources to start to gain a full picture of what is here and what has to change, but well worth the effort cause one gain freedom and directive power through this research and applying common sense within it.

So the power is within each one and their willingness to educate themselves and become a stand and plus one in the group that will be walking the change in the system that will create a way for it to function for all. Also, creating a transparency and an efficiency that will ensure a sustained natural living environment as well as human’s living conditions being raised. The power and wealth has gone unchecked and now they have many different fail safes such as the lobbyist and interest groups paid to ensure these interest’s are adhered to through Washington and the politicians within that arena, where they more represent the interest groups rather then the people they were elected to represent. There is enough of everything we need to live here in decencies, but there is not enough for the greed for more, so we have to sort out this relationship with greed and self interest within oneself and I suggest to start at the DIP Lite course where this very process is explained and walked in detail for one to eradicate and change this greed to care for life for all who are willing.

Also, I suggest investigate and support the living income guarantee where this will be the start to do the things that are necessary such as stop the tax on labor as the income tax and give the worker equal value as the labor they render, back money with value rather then creating it out of thin air which is easily manipulated, ensure the resources of this planet are considered as an equal value to self and protected, and most importantly all will gain access to income that are in need of it to be able to live life in decency and gain the standard of living that all would want for themselves, taking many billions out of inhuman living and suffer-able conditions. It’s time we start this change and taking the actions towards the process to change our way of life to value life rather then profit, and implement this life value on a global scale for all to enjoy and have a life worth living.