-Psychologist Edward Donnerstein (University of Wisconsin) found that brief exposure to violent forms of pornography can lead to anti-social attitudes and behavior. Male viewers tend to be more aggressive towards women, less responsive to pain and suffering of rape victims, and more willing to accept various myths about rape.

-Dr. Dolf Zimmerman and Dr. Jennings Bryant showed that continued exposure to pornography had serious adverse effects on beliefs about sexuality in general and on attitudes toward women in particular. They also found that pornography desensitizes people to rape as a criminal offense.

-These researchers also found that massive exposure to pornography encourages a desire for increasingly deviant materials which involve violence, like sadomasochism and rape.

-Feminist author Diana Russell notes in her book Rape and Marriage the correlation between deviant behavior (including abuse) and pornography. She also found that pornography leads men and women to experience conflict, suffering, and sexual dissatisfaction.

-Researcher Victor Cline (University of Utah) has documented in his research how men become addicted to pornographic materials, begin to desire more explicit or deviant material, and end up acting out what they have seen.

-Sociologists Murray Straus and Larry Baron (University of New Hampshire) found that rape rates are highest in states which have high sales of sex magazines and lax enforcement of pornography laws.

-Michigan state police detective Darrell Pope found that of the 38,000 sexual assault cases in Michigan (1956-1979), in 41 percent of the cases pornographic material was viewed just prior to or during the crime. This agrees with research done by psychotherapist David Scott who found that “half the rapists studied used pornography to arouse themselves immediately prior to seeking out a victim.” 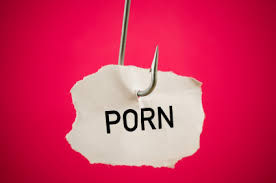 There is a series I have listened to that explains the mind sex and the physical sex differences quite starkly and completely, called What is Sex?, which has changed my outlook on what’s possible based on hearing things that I have never considered before about sex as a physical expression and the understanding within what it actually is creating on a mind level. There is a difference to be understood. This series explores the topics of moving from just feelings and an energy release as a momentary orgasm to real physical connection with another and an exploration of yourself to find out who one really is within one’s own physical body and what it really means to touch another as self here in equality in the physical reality, this leading to the physical expression of the body as self as sex. It’s something else when one is in an agreement with another to walk as a support for each other within this process of letting go of the mind and remaining here in the physical, and the rewards through self is something I have seen the benefit of even just starting out within practicing this way of physical expression with another that has been quite exceptional.

And as a societal integration within this way of physical expression is a balanced human who respects themselves and their partner equally in reaching the ecstasy that can be reached through touch and intimacy through communication of two becoming one for real here in the physical in equality and oneness. Porn is not real sex and is only done in the mind where the energy dies, which as an outflow consequence cause horrific abuse in this world to many many men, women, and children. There is whole industries built on this abuse that is started within participating and viewing pornography to eventually not getting enough from that, so one resort to make their fantasies real disregarding those effected, but only seeking to fulfill one’s desire for release of sexual tension. Suggest we stop limiting ourselves for instant gratification and walk the process to real self expression through discipline and self exploration with another in an agreement into self expression as physical sexual expression.


Links to check out:

Desteni I Process Lite Course - Free Course to Start a Journey to Self Realization
Eqafe - Interviews to Support with Self Prefection
Creations Journey to Life Blog
7 Year Journey to Life - Facebook Group
Posted by Garbrielle at 9:37 PM