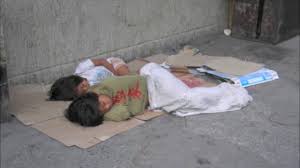 So within then next series of blogs on the living income I would like to discuss, I will be writing on the solution oriented mindset of current plans and actions around the globe that are happening, and how within this capacity and even greater one’s a living income as proposed by the equal life foundation will be able to facilitate these actions on greater scales.

An article I read tonight was about how in Salt Lake City they are implementing a change in the way they handle the homeless called “Housing First”. Where they give people an opportunity of a better life by giving them a home to live in furnished, and a more supportive environment for their transition into a new way of life. This foundational support of housing and access to health services, give them the time to be able to walk the process necessary to change their lives.

Before this program was implemented in Salt Lake City like so many other cities, the state and police force were criminalizing homelessness and sending these unfortunate people into jail because they didn’t have a place to go. So the cycle would continue, they would arrest homeless people on the streets, in the park, or on private properties and send them to jail. Where they would get released in the morning and go back to the same locations, and then the next night would get arrested again. This obviously not making much sense nor supporting those who require support. The money that was being spent to do all of this was not being used for the purposes of supporting these people, but to put a band aid solution onto the problem that did not support either side nor was economically viable or efficient as the problem never get’s solved.

“The cost of shelters, emergency-room visits, ambulances, police, and so on quickly piles up. Lloyd Pendleton, the director of Utah’s Homeless Task Force, told me of one individual whose care one year cost nearly a million dollars, and said that, with the traditional approach, the average chronically homeless person used to cost Salt Lake City more than twenty thousand dollars a year. Putting someone into permanent housing costs the state just eight thousand dollars, and that’s after you include the cost of the case managers who work with the formerly homeless to help them adjust. The same is true elsewhere. A Colorado study found that the average homeless person cost the state forty-three thousand dollars a year, while housing that person would cost just seventeen thousand dollars.” (1) 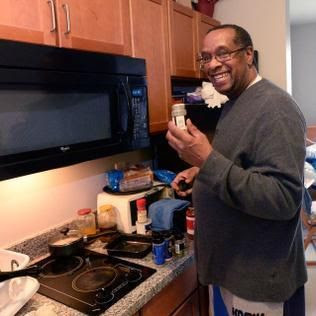 perpetuating the same non productive cycles of using the public resources is not even making a dent as the homeless numbers still continue to rise. Through taking the time and effort to create a plan like has been implemented in salt lake city is much more economically feasible and socially responsible as not only is it supporting people to create a better life, but it’s creating an environment for the community that is more equal and wholesome. No more are we seeing the problem just continue to proliferate, but there is a start of a solution put in place to support these people and in so doing create a better life and living environment for all. These people who are getting the support of the “Housing First” in salt lake city are now becoming productive citizens in their communities and able to create a stable live for themselves and for their families.

“Housing First isn’t just cost-effective. It’s more effective, period. The old model
assumed that before you could put people into permanent homes you had to deal with their underlying issues—get them to stop drinking, take their medication, and so on. Otherwise, it was thought, they’d end up back on the streets. But it’s ridiculously hard to get people to make such changes while they’re living in a shelter or on the street. ‘If you move people into permanent supportive housing first, and then give them help, it seems to work better,’ Nan Roman, the president and C.E.O. of the National Alliance for Homelessness, told me. ‘It’s intuitive, in a way. People do better when they have stability.’ Utah’s first pilot program placed seventeen people in homes scattered around Salt Lake City, and after twenty-two months not one of them was back on the streets. In the years since, the number of Utah’s chronically homeless has fallen by seventy-four per cent.” (1)


This proving that when people are supported within a basic means as these people were given a place to stay and support for them to get back on a stable platform, they will thrive. With a living income that has no strings attached and is their for their benefit, will create results that not only gives dignity and health back to those who are participating in it, but it supports the whole community to flourish and become a place of growth and development.

The living income guarantee will work in such a way as with the salt lake city homeless project, supporting and living within the principle of doing what is best for all, obviously we see when we use our resources and money to support the wellbeing of others and the wellbeing of the environment, we have results that is conducive and supportive of the upliftment of the people that need it the most, those without money or resources. And also the collateral benefit is also the community starts to thrive with less crime, less drugs and alcohol on the streets, 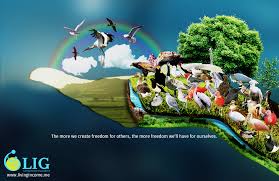 and more vitality breathed into these places as the homeless get there feet back and can start to contribute to the community and feel proud within themselves for being able to do so. People who become homeless do so for reason that is systemic, either they are caught in addiction perpetuated by our consumer society, or they ran out of resources, or have mental health problems with no real option’s for solution and care. So it’s a position of many factors causing the problem that will in turn have to be addressed on a more wholistic and systemic basis, but as we see with the "housing first" project, even small steps gives way to opening for this process to create a better life for all.

Money is a medium that is able to support and grow life into a best for all scenario as this example was set forth with the successful integration of stable living for the homeless in salt lake city. Or on the other hand, money can be used in ways that is not supportive, where money is wasted and spent in dead end ventures due to greed and an inability to move in a direction and willingness to fix what is broken in our current system. We have a choice and a decision to make within ourselves to what way of life would we like for not only ourselves, but the future generations that are to come. Living income guarantee by the equal life foundation is setting the path forward to on a systematic level give All those who are in need support financially, which will give way to having more access to resources and time to stabilize our lives into a way that is dignified. The living income proposal will counterbalance the current mindset of feeding off of those who are not able to support themselves as we’ve seen with the credit card industry for an obvious instance, and again give a path to support all in this world as self would want to be supported and doing what is best for everyone here on this planet.

The example with the Salt Lake City project shows that when people are given the conditions to have a chance to support themselves they will thrive as living beings, though this process has to be actualized as it's just in certain areas now for specific causes. The living income guarantee proposal will create the path for all people in this world to be giving an income if in need to get there feet back on the ground and time to move themselves in the direction that will be best for them and so best for all. Supporting and giving to life as self will always be given back to self eventually, as "what you give you will receive" says an ancient proverb and it remains true to this day.