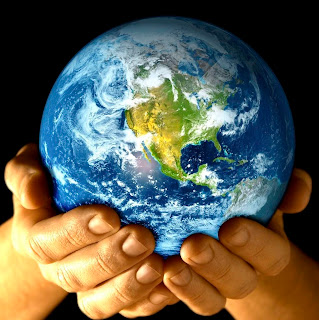 Recently, a few points have opened up in relation to addiction and specifically desiring entertainment because I perceive life to be boring, so to entertain myself within my mind through my living, I had been using drugs for the past 10 years or so to do this. Now within the past 3 years, I have been walking the desteni process which has supported and assisted me to stop smoking weed as this was my main drug of choice, and I have become stable within my direction as my decision to never go back to the way I use to be on this drug. I also let go of the thought patterns, the desires, the picture activation within my mind to go ahead and smoke weed by stopping my participation in them over time each and every time they would come up, stop and focus on the physical. Over time these mind components that usually set me on the track to do drugs, had become lesser and lesser as I stopped my mind and so the desire diminished greatly. This supporting me to stop my participation in weed completely.

But recently, I have realized that I have not completely transcended this point of addiction as I still at times follow desires and thoughts to get a rush of energy as excitement or fulfillment through something outside of myself. I have found the main common denominator within these addiction desires that eventually leads me to some sort of energy rush be it sweets, drugs, sex, or even watching a movie or a show, was this point of being bored within my day to day living, seeing life as more fun with the release of these feelings. I was being moved by a desire within me to get some excitement in my life even though I was not supporting my body and in more cases then not my body was showing to me that I am abusing it, through pains, aches, and sickness.

What I have realized through the help of other destonians is that this point of seeing life in reality as boring, I am time looping myself within because I am polarizing what is real as boring and what is illusion as stimulating, and thus you can see the dilemma, I am searching and seeking illusion while disregard and abusing what is real as not as worthy. So an addiction pattern I have been participating in making the mind be the positive, the energy rush that I get when I get the desire fulfilled such as sex, drugs, sweets, or whatever it is, and then make my living, my life, life in general in physical reality the negative. But through this belief that I am following that life is boring, I am being played the whole time by consciousness as the mind through me as it gains the energy it needs to continuing existing sucking the physical life from my physical body as it resource the energy straight from the physical itself.

And so creating a point of self sabotage within me as destroying that which is real, life, my physical participation, and my opportunity here to birth myself as the physical itself equal and one as life to become what is here in fact, the physical, the life that's always been here that I have not discovered yet beyond the mind, beyond thoughts, beyond energy, but here in breath. And this discovery of the physical as I have come to learn through many different interview series of great support from desteni is that we have the ability to be one and equal in communication with the physical reality, the animals, the plants, the trees, my physical body, everything that exist as it is right here to be accessed because everything that exist is life and thus is self as we are all one here as life because we are all physically existing. We are all here existing as the physical and the physical is life which is the real self, who we really are, so there is a process to be walked to get there, and so this polarity point I have been existing within is separating me from this life here in the physical as I exiting in my mind searching and seeking energy release.


So obviously, I will have to walk the self forgiveness process in clearing this point of polarizing my reality with my mind, and merge the two to be here, direct, within my own directive principle living in common sense through placing self commitments to support my living change in what is best for all as this is the path to life. From what I have understood thus far in my study of the desteni material is that the most extraordinary path we can walk for ourselves is the path to our own self direction through our own self will in self honesty one and equal with the physical, that is where our power is and that is where we are, we are physical beings, but have to emerge as such because we separated ourselves from it a long time ago through our minds and energy addiction. Join us through following and starting your own journey to life blog, and through our living actions in correcting ourselves to align with life, we will truly give ourselves the gift of life.

Check out FREE Downloads of Supportive Interviews to Help You Walk this Journey to LIfe, Enjoy!